These top 5 hydroponic cleaning tips can help anyone get their grow room in great shape. The first time you clean your hydroponic system, it is a learning experience (and a process). You might even find you learn a little something new each time. Maybe there is a better way to organize your tools, a solution that works better than others, or a method you prefer.

But why figure it all out on your own when you can get tips from people that already know?

This one should be obvious, but it is overlooked a lot. If you sanitize regularly, there is less work when you sterilize. If you let thick layers of dust build up, they get everywhere when you actually clean. Likewise, if you let dead plant matter gather in your system, you have a ton more work later.

Basically: do a little work regularly and have less work for later.

If you use hydrogen peroxide, make sure it is food grade. Not only is it safer for your plants, but if you are harvesting crops, it is safer for people too. The strength matters too. 35% is a pretty strong concentration, and it can still irritate your skin. When it is that strong, you need one part of hydrogen peroxide for every eleven parts of water.

3. Making cleaning easy from the start

Sterilizing a hydroponic system means taking everything apart and cleaning it. Before you even start growing, you can set up your system for accessibility. Keep your setup simple. If it is hard to access certain tubes, fittings, or anything else for maintenance, it will be hard to clean too. Keep your lines organized, untangled, and as straight as possible. A linear setup is easier to clean. Not only that, elbow joints tend to accumulate more gunk, which creates more work for you later.

Your plants look great, and your system’s stable even though you skipped cleaning ‘Component A’ last time. So what is the problem with skipping ‘Component C’ this time? True, a full sterilization takes time. And it can be a pain.

What is an even bigger pain?

Fixing the problem that shows up later on because you skipped cleaning a part of your system. If sterilizing takes work, fixing problems in a neglected area takes at least twice as much. Even if you are tired, do not feel like it, (or whatever else) do not skip steps.

5. Know when to use bleach

Bleach is definitely an effective sterilizing agent. Not every situation calls for bleach though. If your plants are in the system (and say, you are cleaning the reservoir), avoid using it. Bleach should only be used in cleaning hydroponic systems between crops. Unlike vinegar or hydrogen peroxide, bleach can really hurt your plants.

Some hydroponic gardeners avoid bleach at all costs and use different cleaners instead. Bleach may be a good choice if your system has had a major outbreak of illness, or a major pest problem. You can rest assured it will kill any pests and microorganisms hiding in your system. That said, make sure you rinse your system very thoroughly before putting plants in. Some gardeners flush their system as many as three times if they use bleach.

What places in hydroponics need cleaning?

Recommended Articles:Hydroponic Pumps: What You Need to KnowGrow Hydroponic Strawberries: The Guide You Need6 Common Problems in Hydroponics (And How to Fix Them)Best Plants for Hydroponics 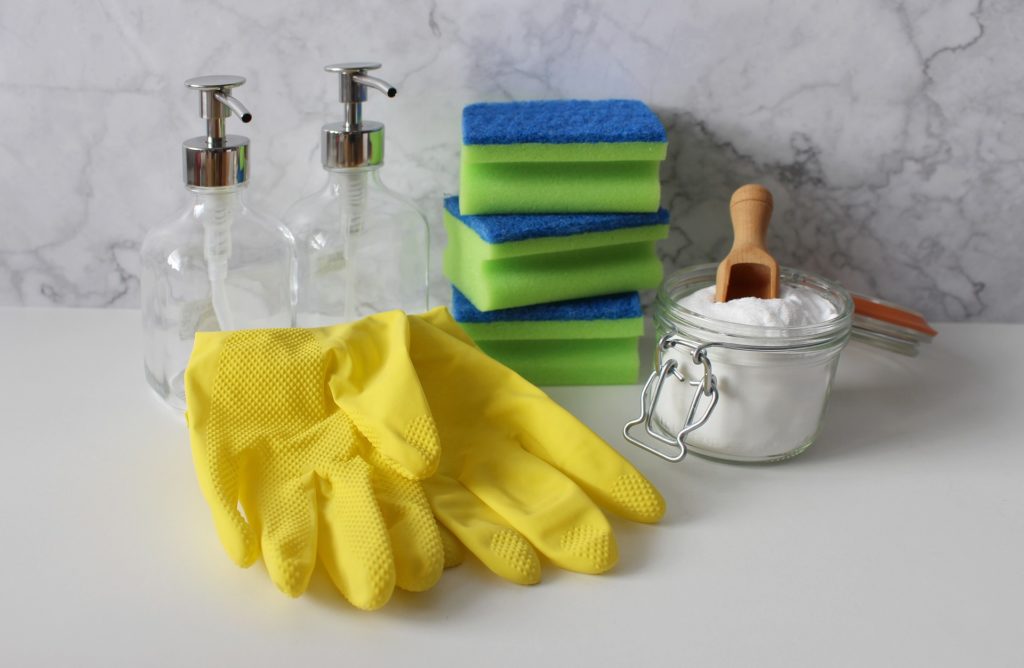